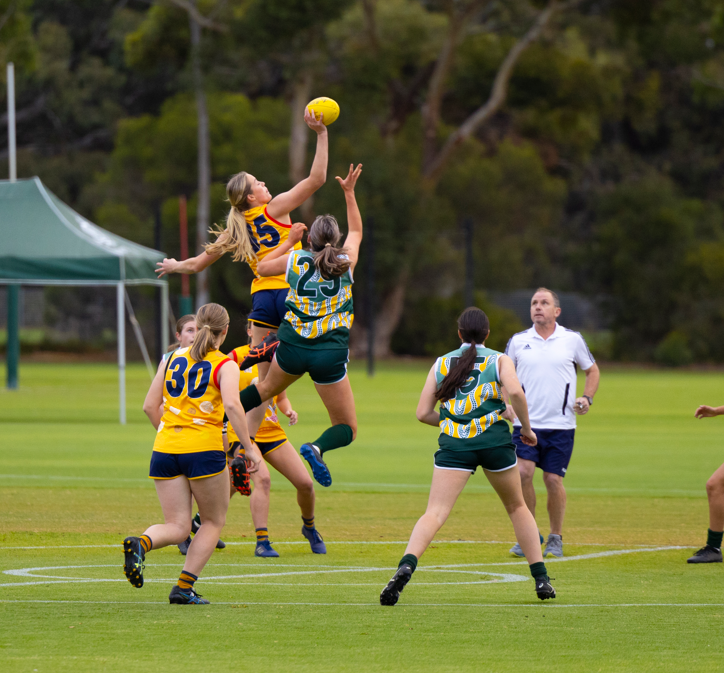 Just under halfway through our Winter Sport fixtures, and our shield competitions are looking like Term 3 will be very interesting! We predict the finalists for many of our sports will be decided in the last minor round.

Whilst sport across all grades has been significantly impacted by Covid and other absences, most shield and pennant fixtures have proceeded with many teams going in a under-resourced each week. Congratulations to all players, coaches and officials who have stepped up to fill a role so that sport could continue in Term 2. 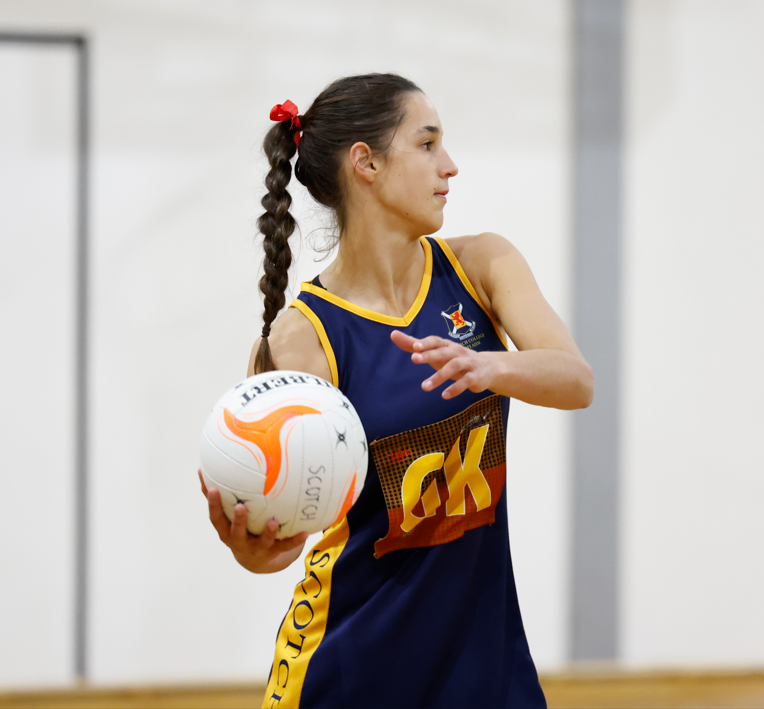 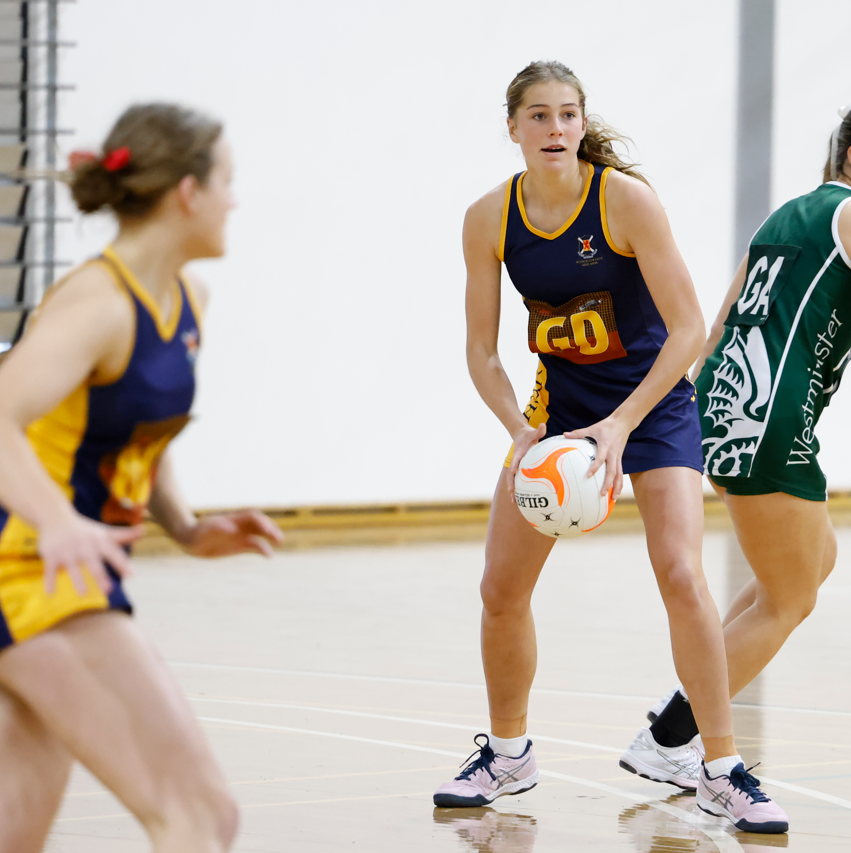 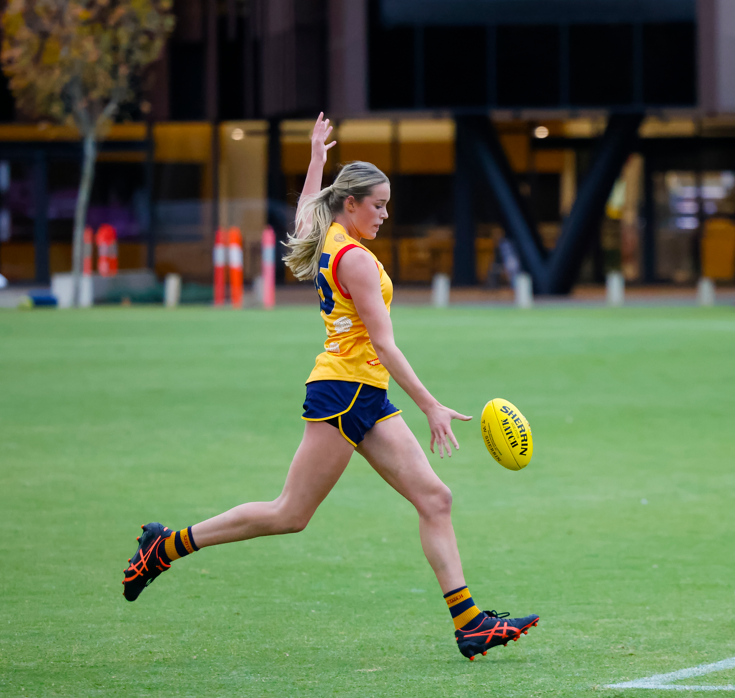 Scotch continues their 2021 dominance of the AFL competition, running undefeated so far in the Senior A competition with 4 wins on the board. Also undefeated are Seymour, with 3 wins and 1 draw. Wilderness, Pembroke, and Westminster will also be eyeing a top 2 finish, clocking up 3 wins and 1 loss so far. Match of the term was without a doubt a thrilling 15-15 draw in Round 3 between Seymour and Immanuel which could have gone either way. Both teams were commended post-match on a hard fought fair contest, played in the spirit of school sport. Both Pulteney and Walford, whilst yet to record their first win of the season in Senior A AFL, have faced multiple high ranked opponents this term and will be looking to close the gap in Term 3. Look out for the Round 9 clashes – Pembroke v Westminster and Wilderness v Seymour. With AFL finals extending to 4 participating teams this year, we are unlikely to know who they will be until the completion of matches on the final minor round.

In the Middle A comp, both Scotch and Pembroke are 4 wins from 4 outings, with Concordia and Seymour sitting just behind on 3 wins.

Pembroke has broken clear at the top of the table, going into the term break with 4 sound wins on the board in the Senior A Badminton competition. Wilderness sits in 2nd place on 3 wins and 1 loss. Walford will be looking to build on their 5-1 win in Round 2 with some more solid performances in Term 3.

In the Senior B grade, Wilderness are displaying their depth of talent with their B1 and B2 teams currently in 1st and 2nd place on the ladder. Similarly, St Peter’s have entered 3 teams across 2 grades with their Senior A team currently in 3rd place, and their Senior B1 team challenging the top 2.

All schools have played in tight encounters in both our Senior A and B Badminton competitions, with some standout team and individual performances. Predicting shield winners in Badminton for 2022 is tricky.

In Senior A Hockey, Pembroke are the undefeated team in 1st place, with 3 wins and a draw. Wilderness after four games of play, are just 1 point off the league leader and will be looking to close that gap in Term 3. Keep an eye on Seymour, who showed their capabilities by keeping competition leaders Pembroke to a 3-3 draw in Round 2.  Immanuel and Pembroke lead the Senior B ladder heading into the term break.

Netball has been dominated in recent years by Immanuel, Westminster and Scotch, however new challenger, Pembroke has emerged as a real candidate in our most prestigious grade, Senior A. In Round 4, Pembroke took an exciting win from 2021 State Champions Immanuel by the narrowest of margins – 1 goal. The win pushed them to equal top alongside Scotch, with Immanuel and Westminster just 1 game behind. Finalists for this competition are likely to be decided on the final round (Intercol) which pits Scotch v Immanuel and Westminster v Pembroke. Watch for St Peters who also look to be on the improve, performing admirably in Term 2 despite being scheduled some of the toughest opponents so far. Their run home could see a late surge up the table.

The strength of Scotch runs deep, as they sit at the top of the table of Senior B, and fill high places in the remaining pennant competitions.  Westminster’s depth in netball stocks is also on show, as they lead 9A and 8A, with Immanuel in the lead in 7A. Concordia are performing well in the underpinning non-shield competitions, leading the winner’s list in 8B and equal top in 7B with Seymour’s Intermediates around the mark, sitting 3rd and 1st in the 10A and 10B competitions respectively. Watch for Wilderness in the Intermediate grades also – currently mid-table after facing arguably 2 of the toughest opponents (Scotch and Immanuel) already. Pulteney went to the break on a high in the Senior C competition, recording their first win for the season in Round 4, whilst Walford are in the mix in Senior D with 2 wins and 2 losses.  Immanuel are perennially in striking distance, present in the top 3 for most netball grades despite fielding extra teams to fill gaps in the core draw.

In Premier League soccer, Seymour is currently undefeated with Scotch and Immanuel filling 2nd and 3rd place on the table. Wilderness is leading the Division 1 competition. Results in Term 2 have been far from predictable in Wednesday afternoon soccer, and the field is open in both competitions. Round 6 on August 3rd is likely to produce a ladder shaping battle in the Premier League with Scotch hosting Seymour.