IGSSA is proud to announce the induction of three new Life Members, joining our 53 school sport staff who have previously been recognised for their commitment to IGSSA sport over a prolonged period of time. Congratulations to all three deserving recipients. 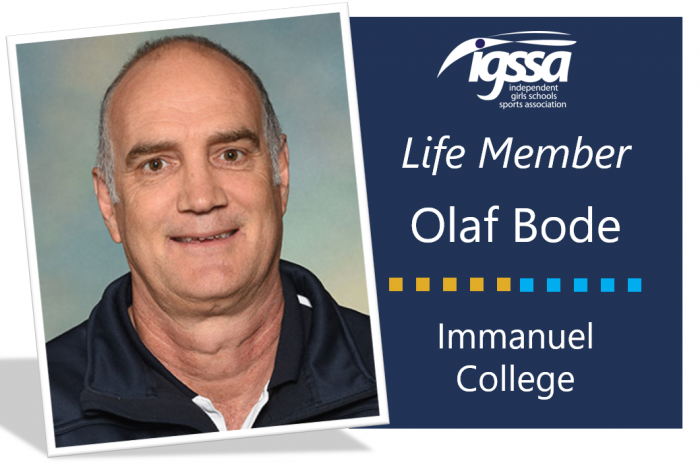 Olaf has provided service to various IGSSA sports since 2004, developing athletics, swimming, and tennis programs at his school. Through the careful sourcing of high-quality coaching staff in multiple sports, Olaf has guided the progression of his schools’ Athletics and Swimming teams from the former Pennant Division to Shield Division, leading his school to multiple IGSSA titles in both sports in recent years.

In his role as Director of Sport, Olaf has created coach induction and development programs to ensure that coaches are well equipped to coach in the school environment, and that they provide opportunities for students to grow and enjoy sport. He oversees the delivery of the robust tennis program in his school, which boasts elite coaches, and in recent times some of the state’s most promising female players. These girls play in the Drive Tennis team in the SAAS Boys Competition; however, the school directive is for elite female players to represent their school in IGSSA Premier League Tennis with equal importance as their participation in the boy’s league.

Olaf’s tennis program has gained strength over the years, leading his school to back-to-back IGSSA Premier League Tennis titles in 2020 and 2021. He has been the Director of Athletics and Swimming at Immanuel College since 2004, and the Director of Sport since 2009, overseeing and supporting both boys’ and girls’ programs, where girl’s sport in particular is thriving with participant numbers and success stories. 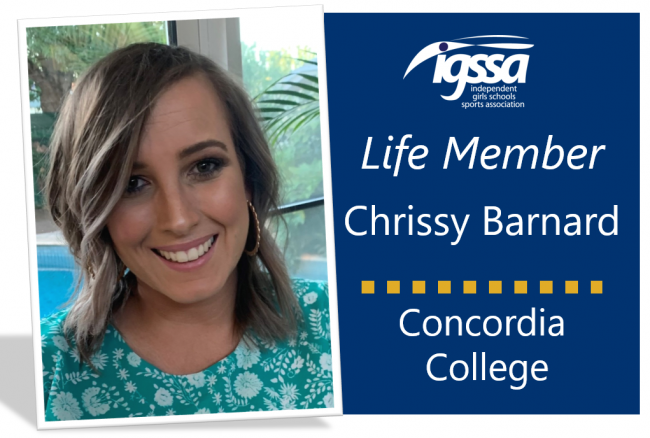 Chrissy has been involved with sport at her school since leaving school herself. She has coached netball and basketball in the IGSSA school sporting environment since 2004.

She is a positive role model to the students, and even through two pregnancies continued her contribution to the school sport program.

She works hard to give all students the opportunity to develop as players but also to develop their personal leadership through sport. In 2020, she moved into the role of Sports Administrator where she manages the communication for Sport Coordinators. She is energetic and vibrant, and through her role has continued to positively promote IGSSA Sport at her school, Concordia. She embodies all that Concordia values and tries to instill in their players.

A wonderful recognition for an 18-year contribution to girl’s sport at IGSSA. 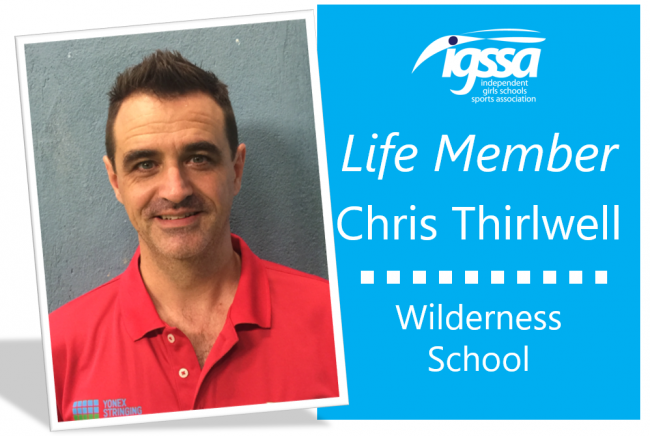 Chris has made significant contributions to not only IGSSA Schools, but many Adelaide Secondary Schools, delivering and administering coaching programs to foster development of staff and students in his specialty sport, Badminton. He has also assisted with Physical Education delivery of his sport to senior school students.

Following his own international playing and coaching career, Chris has been instrumental in the development of Badminton across the state.

While working with Pembroke as the Head Badminton Coach from 1999 – 2009, he coached the Senior A girls to 7 IGSSA Premiership wins, and the Senior B girls to 2.

As Wilderness Head Badminton Coach since 2009, he coached the Senior A girls to 3 IGSSA Championships and the Senior B girls to 5, including the last 4 in a row.