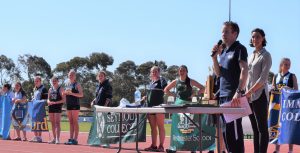 Shane Thiele took on the role of IGSSA Executive Officer in October of 2005. Some 16 years later, Shane will be finishing up at the end of May 2021, with IGSSA in a great place.

Vanessa went on to say: “(Shane’s) constant professional, friendly and helpful manner and ongoing support to all the coordinators will be sorely missed”.

Shane too will miss working with each of the IGSSA Schools, and the non-IGSSA Schools that participate in IGSSA Sport. Shane leaves with confidence that each of the 11 sports that IGSSA offer are all trending well. 7 of the 11 are seeing participation numbers the highest they have been in the 16 years that Shane has been in the role.

Shane is very proud of receiving life membership of IGSSA in 2017.

IGSSA will announce who will be taking on the role of Executive Officer in due course. 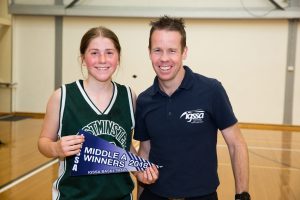